There are few things cuter in the world than rabbits. These fluffy little creatures have been domesticated and bred for domestication for a few hundred years at this point, although they were once primarily considered only as a premium meal.

Transforming Rabbits From Food To Friends

Since we have been breeding and domesticating them for so long, they have developed into quite a few different species that are each unique in their own way. Many have been bred for beautiful appearance and excellent temperaments. In other words, they have transformed from food into pets.

However, sometimes it can be quite hard to tell the difference between these creatures. After all, lots of rabbits have very similar features – large ears, round hind legs, fluffy cotton ball tail, etc. – and sometimes they are so closely related that the differences between species is minor.

Therefore, today we decided to look at two closely related species and tell you what the differences are between the Mini Lop and the Holland Lop.

What Are Lop Rabbits?

You may have noticed that both of these rabbits have one word the same in their names, and that is ‘lop’. This is actually a defining feature of these rabbits, due to the fact that it affects their look and their genetics.

See, lop in the name of a rabbit species, just means that that rabbit is going to be lop-eared.

This means that instead of their ears sticking up and being erect, they droop down towards the ground.

This trait is not just in appearance, but affects the rabbit’s body structure as well.

Generally, lop eared rabbits will have a slight bulge of cartilage on the top of their head called a crown where the ear base would be in normal rabbits, giving them a little forehead bump.

Lop-eared rabbits are the oldest domesticated form of rabbit bred specifically in captivity, with the oldest being the English Lop rabbit, which was first bred in the 19th century through a selective breeding program.

This isn’t the only reason that Lop-eared rabbits should be kept in captivity and not released into the wild, but this full domestication means they’ve lost a lot of their instincts to survive in the wild. Their ears also prevent this.

In the wild, erect ears help rabbits maintain their body temperature and listen for predators, neither of which a Lop-eared rabbit can do because of the way that the ears face downwards, meaning that they need to be kept domesticated for them to survive.

The Differences Between The Mini Lop And The Holland Lop

Mini Lops are an incredibly friendly rabbit and are seen as great pets for kids, as they are very social and will actively seek companionship.

They are very playful, but enjoy more relaxed play rather than competitive or hyperactive play, with a calm environment being something they quite like.

These rabbits are also very intelligent and crave stimulation and human attention, if they are ignored they will begin to act out and will not do too well.

These rabbits are bred for their temperament alone, as they have been selectively bred to be mellow and social creatures with soft and well-sized bodies.

They will either love or just tolerate a cuddle or being held well, but also generally enjoy a calmer lifestyle than more rabbits.

However, one thing to note about the Holland Lop is that they are still quite active and will need time and an area to get rid of their excess energy.

These animals also like to get rid of that energy with other creatures, like other rabbits or humans, as they are highly social and need to be stimulated in both body and mind, otherwise they will act out.

In personality, these rabbits are similar, but the Mini does not need as much activity as the Holland, while the Mini will need slightly more companionship than the Holland will, since it is very intelligent.

This type of rabbit has a bit of an odd appearance, at least when you compare it to other rabbits it does. They should generally look like a big ball of fluff or a soccer ball with a head, with a huge body with a normal-sized head.

Their coloration is not something that can be narrowed down, as they are an incredibly popular breed and have been bred with lots of different patterns and colors on their body to the point that as long as it is a type of color or pattern you see on another rabbit, it will appear on the Mini.

The body of a Holland Lop is broad and short that makes them seem quite dense or compact in nature.

The most well documented trait of the Holland Lop is the large floppy and fluffy ears that hang down from their broad forehead, which is ringed by a crown of fur at the base of the neck, making the rabbit look rounder.

Like the Mini, they come in such a wide variation of patterns and colors that it is impossible to clarify a set design for the rabbit based on their fur.

Generally, the shape is the main difference between these two creatures, as Minis have a very round, large body with a normal-sized head, and Hollands have a dense, thick body with large, floppy ears.

The training for both these rabbits is pretty similar, so we will be putting them together. Both the Mini Lop and the Holland Lop are average for rabbits when it comes to intelligence and training.

They are generally fairly intelligent creatures, so training them is not hard. However, you will need to keep them stimulated and have fun training in order to keep them interested.

Check out our article on litter training your lop!

Although these animals do appear very, very similar on paper, there are some key differences that you should definitely take note of, as they define not only their individual species but how exactly they will behave. 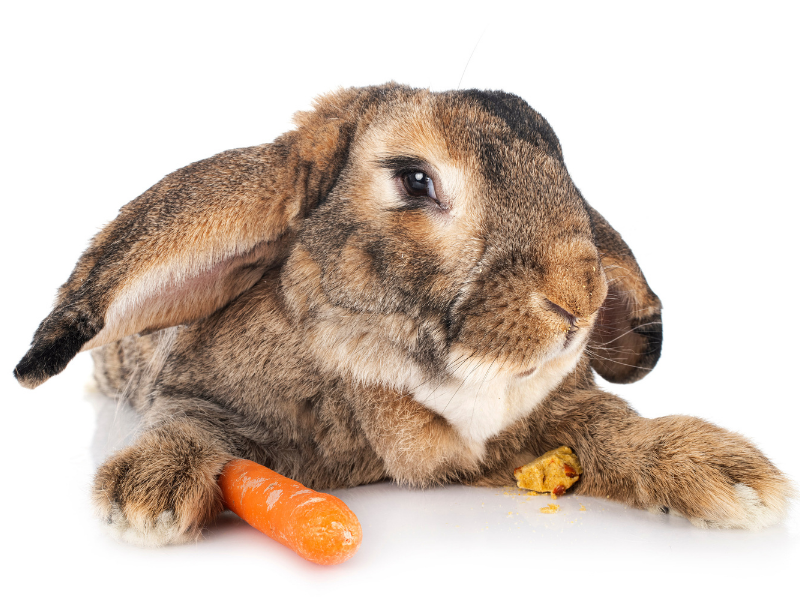 In this article, we’ll tell you everything you need to know about the Flemish Giant rabbit. You’ll learn about their size, care, lifespan, and much… 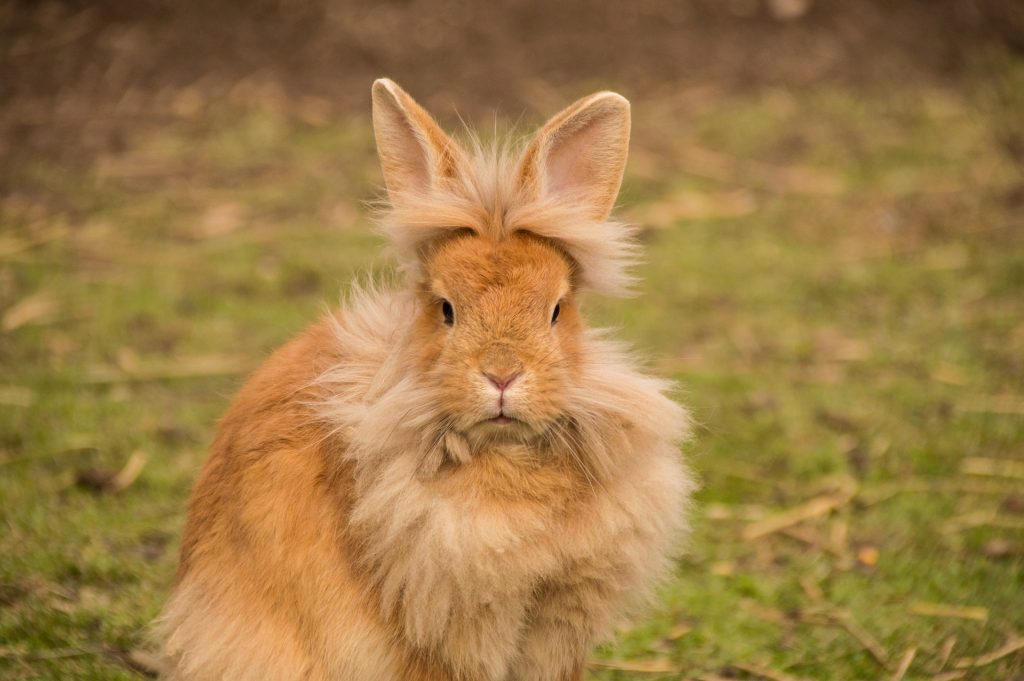 In this complete guide to Lionhead Rabbits, we’ll discuss everything you need to know: from what Lionhead rabbits eat to where they should live! 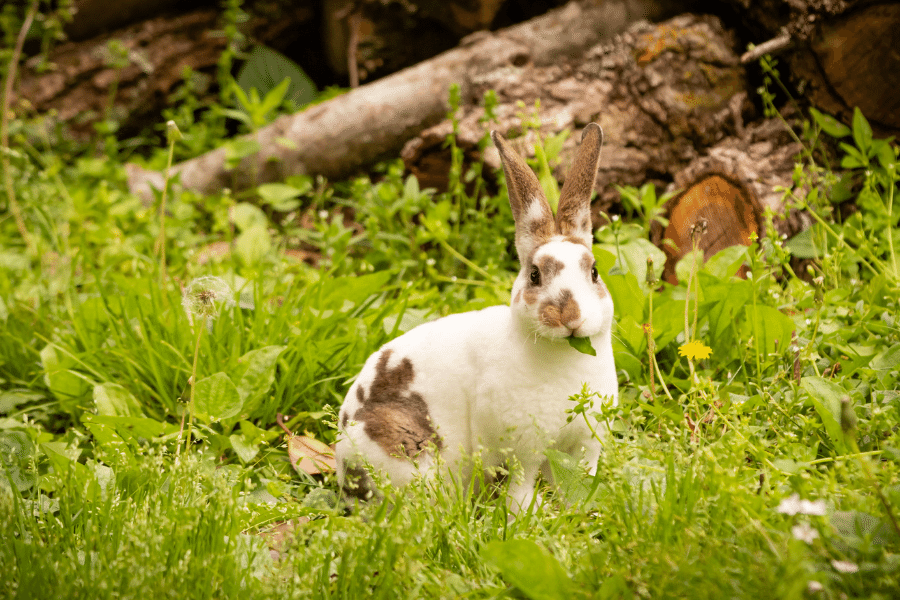 The complete guide to caring for, housing, and training Mini Rex Rabbits and more!