Imagine life with your rabbit where all you had to clean was a litter box instead of his whole enclosure. Yes, you can train your rabbit to do his business in a litter box, which certainly makes life easier for you. In this article, you will learn how to litter train a rabbit and eliminate the constant need to clean the cage of an untrained bunny.

Anyone who has a bunny wants to leave the mess in the litter box. Yes, you can train your rabbit to do his business in a litter box, which certainly makes life easier for you. In this article, you will learn how to litter train a rabbit and eliminate the constant need to clean the cage of an untrained bunny.

Why Should You Litter Train A Rabbit?

It might seem self-explanatory, but there are several reasons why you’ll want to train your rabbit to use a litter box.

When you let your rabbit out of his cage or enclosure, you won’t have to worry about damage to your floors and carpet.

When a rabbit’s poop and pee is all in one spot, you can detect changes that might indicate health problems when you need to contact the vet.

Cleaning a single litter box is much easier than cleaning out an entire enclosure or cage.

The smell of a rabbit’s urine is strong and pungent. Good, odor-controlling litters help to minimize offensive smells.

Even if you eventually decide to give your rabbit free rein in the home, you’ll need a cage or enclosure to begin the process of how to train a rabbit to use a litter box. It needs to be large enough to hold the bunny’s food, water, toys, and litter box. It also needs to have room for the rabbit to lie down and snooze.

Purchase 3 to 5 litter boxes. Cat-sized boxes should work well. Be sure your rabbit can turn around easily in it. For very small rabbits, a cake or other smaller sized baking pan may be better.

You want to get a poop-scoop that has small enough holes so the poop won’t fall through.

Read below for which litters are safe for your rabbit, and which are not.

Newspaper is invaluable as both a liner for the litter pan and for the bottom of the cage or enclosure. Avoid using the glossy ads that come with a newspaper.

Pet-safe is the key word here. Many commercial cleaners have ingredients that are harmful to rabbits. Consider making your own solution out of vinegar and water combined equally. Not only is this a safe combination for rabbits, but it is also an effective disinfectant.

What Litter to Use?

When working on a rabbit litter box setup, the number one thing to keep in mind when choosing litter is that rabbits like to spend a lot of time in their litter boxes. In addition, they will nibble on some of the litter. You’ll also want a litter that absorbs odors because rabbit urine has a very strong smell. Some safe litters to choose from include those made from alfalfa, wheat grass, oat, paper, newspaper, aspen bark, or compressed kiln-dried sawdust. In more detail:

This type of litter provides superb odor control. However, if the rabbit eats too much, it can cause bloating.

Wheatgrass-based litters do an excellent job at controlling odors as well as absorbing urine.

Available in either fluffy or pelleted form, this litter is extremely absorbent, offers good odor control, and will not hurt rabbits if eaten.

Newspaper is easy to find, cheap, and convenient. It does a decent job of absorbing urine but lacks good odor control.

Aspen bark litters provide excellent odor control but are not the best absorbents.

When working on how to litter train a rabbit, there are litter options you need to avoid. These include the following:

This is a dusty option, and the kind readily found in pet stores. It forms clumps when wet, and since rabbits like to nibble on their litter, it can cause clumps in their intestines, potentially leading to a blockage, which can lead to death.

This litter is known to emit phenols, a chemical that can cause liver damage in rabbits.

Corn cob litter provides no absorption or odor control and can cause an intestinal blockage if eaten.

If using a commercial cat litter, be sure it does not have a scent as some are toxic to rabbits.

Steps for How to Litter Train a Rabbit

When it comes to the actual procedure for how to train a rabbit to use a litter box, the number one requirement is patience. If you try to rush the process on your watch as opposed to on your rabbit’s, your efforts will be prolonged, and they may even fail altogether. Here are the steps to guide you through the process.

After you’re satisfied with how your rabbit is doing in the enclosure, you might want to expand her territory. Here’s how to litter train a rabbit in her free-roaming area.

Congratulations! You have mastered how to litter train a rabbit and are in for a clean and carefree home in which to enjoy your treasured pet. 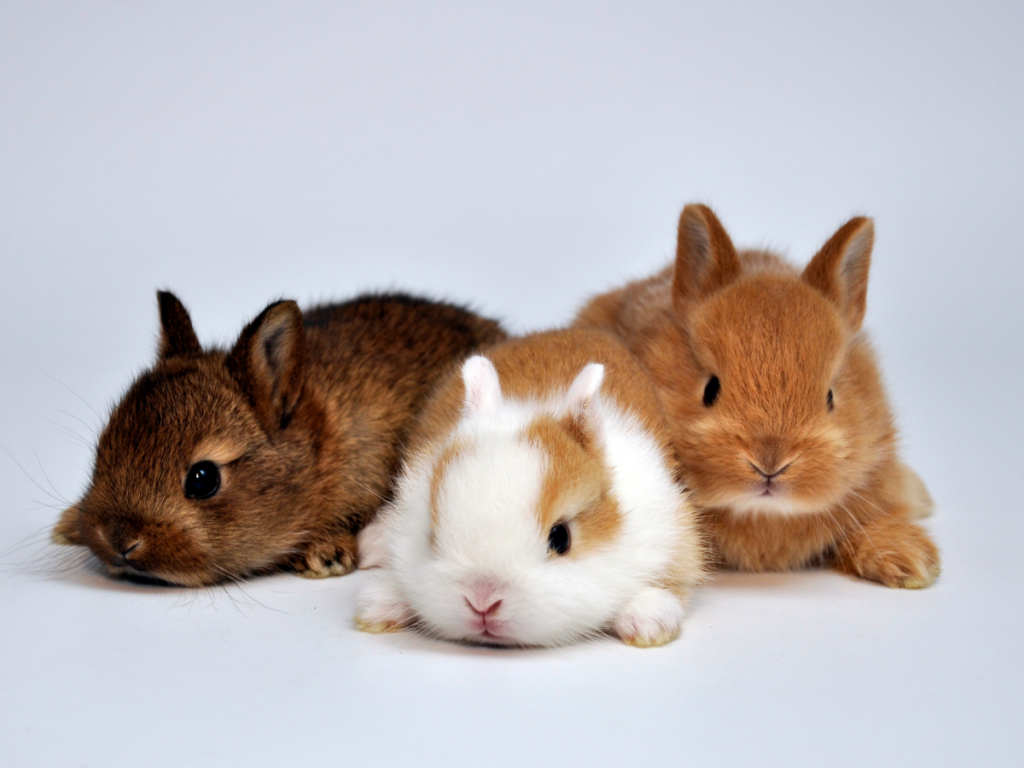 Sometimes mama rabbit cannot or will not care for her little ones. At these times, someone needs to step in quickly before the baby buns… 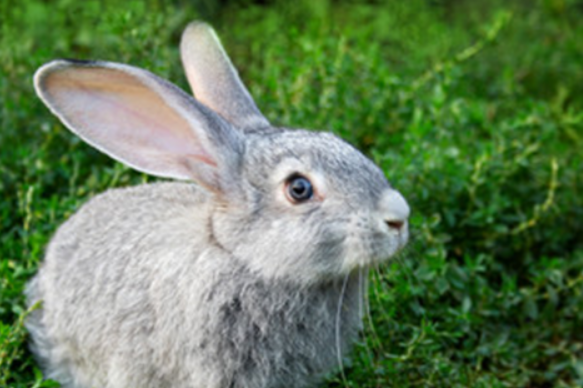 Rabbits seem to be eating constantly, whether it's their pelleted food, leafy greens, treats, or hay. 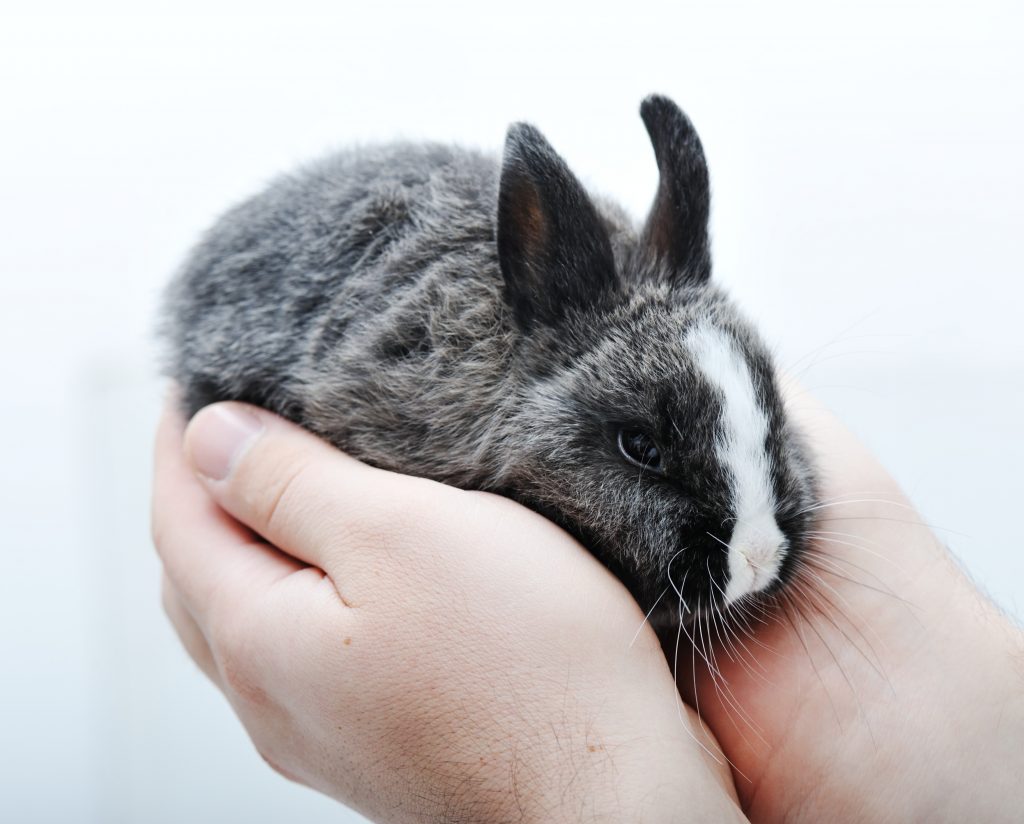 I was surprised to learn that I would have to clean my rabbit’s feet...