Bears are diners of chance. Bears are omnivores, so a dinner of salad, grass, or wild berries is as suitable a meal for a bear as a squirrel or rabbit. Rabbits have many enemies, and the thought of a bear eating one of your rabbits is horrible. However, as noted, bears are eaters of opportunity. Therefore, bears will eat rabbits if they become available.

A bear will not run a rabbit down. It is not in a bear’s nature to hunt in this way. However, if one comes upon your rabbits in cages or their outdoor free-range habitat, they are fair game. A bear may tear a cage apart or tear a fence down to get to your prized Lionhead or Flemish Giant rabbits.

If you have ever watched a bear, if just for a short time, the first thing you will notice is agility isn’t their strong suit. Don’t get me wrong, a black or brown bear is a remarkable animal and can kill an enemy in a heartbeat.

However, they are ungainly, and a rabbit can easily outrun them. Also, if a bear finds a dead rabbit, it will gladly eat it, trash from dumpsters and carrion. So, as you can see, the rabbit is not their primary diet. Instead, it is a meal of opportunity and availability.

Is a bear a predator?

Bears are apex predators. That means they have few natural enemies, as they are at the top of their food chain. The few predators include humans, coyotes, cougars, wolves, tigers, and bobcats. However, even powerful predators avoid the adult bear. Instead, they will focus their energy on the quick catch, the bear cubs.

It’s not that a pack of wolves or coyotes can’t take down a grown bear and kill it because they can. However, like the bear, they will take the easy route to dinner if they can.

The bear is a grazer, and over 80 percent of its diet comes from fruits, berries, fungus, moss, mushrooms, and plant shoots. Its protein comes mainly from fish, which will catch and kill, and from carrion left behind by other predators.

Bears are not aggressive, by nature, even though bears are predators. However, if cornered, they are dangerous due to their massive size. However, even though they are huge, they are also swift, and an adult black bear can hit a top speed of 35 miles per hour.

With that in mind, they may not be aggressive, but they are big and powerful. So, if a bear comes to visit, leave it alone and call the game warden.

Which animals will kill rabbits?

Unfortunately, rabbits have many predators, and even though they live in burrows under the ground, so does the fox.

The rabbit has many natural predators and includes:

Rabbits are crepuscular animals, which means they are active at dawn and dusk. Unfortunately, this is also when a few of its predators are active, as hawks and owls hunt at these times.

Do bears and rabbits eat the same food?

Oddly enough, they do to a considerable degree. Even though bears are large animals, their diets are primarily berries, mushrooms, plant shoots, tender plants, fish, and honey, which they love.

Bears love honey, and they love fish too, and fish is the only animal they will kill for food. Primarily though, a bear’s diet is much higher in plant matter than meat like rabbit, fish, and squirrel. Except for fish and meat, rabbits and bears share the same foods. Therefore, they forage in the same areas as rabbits and bears and share habitats.

Because they do, crossing paths is inevitable. Still, the only way a bear will eat a rabbit is if another animal has killed it first or comes across caged rabbits to which they can gain easy access.

What do rabbits eat?

Rabbits are herbivores and live mainly on grass and hay. However, they will eat wild berries and any other fruit they come upon in the wild. Rabbits will also eat wild kale and other wild greens, so offering a little kale, cilantro, or other fresh greens to your rabbits is good for them.

Carrots, by the way, are not a vegetable found in nature and are high in sugar. Although your rabbits may like them, they need to be given in small amounts because too much sugar is not better for your rabbits than for us.

What do bears eat?

Bears love honey and will tear a bee yard apart as quickly as they will your rabbit cages. However, they also like fish and have been witnessed gorging on salmon before hibernating for the winter.

Do bears eat rabbits is a good question, and bears are not hunters. Even though they can weigh close to 1000 pounds, they are grazers and opportunists. If they come upon a dead rabbit, squirrel, or any other carrion, they will consume it and be on their way.

Unsecured, easily accessible rabbit cages in the path of a bear’s travels could be in danger of being plundered. So again, if you live in an area where a bear is prone to live also, you need to secure your rabbit cages well enough that a bear cannot get to them quickly or easily.

Can rabbits defend themselves?

The best defense of a rabbit is its speed. Depending on its breed, a rabbit can reach speeds between 25 to 45 miles per hour.

The Cape Hare can top out at 45 miles per hour. This speed gives the hare a ten-mile-per-hour edge over a black bear and an advantage over many other animals that would have them for lunch.

Although not as fast as a hare, rabbits are still fast enough to elude a bear if it were of a mind to chase it. Many breeds of rabbits are burrowers. They make their homes in the ground, protecting them from some predators but not others.

Foxes are burrowers, too, and you wouldn’t think they could squeeze into a tiny hole in the ground, yet they can. So, rabbits are careful to hide the openings in their underground homes.

Rabbits that live above ground build nests in thickets that are difficult for other animals to access. A bear, however, is big enough to destroy this type of habitat if it is hungry. Baby rabbits are vulnerable no matter the habitat in which they live.

How do I keep my rabbits protected from predators?

Whether you keep your rabbits in cages or have them in a free-range habitat, their containment needs to be secure. Secure rabbit cages are essential if you live in an area where bears live, too, or in a place where other predators of rabbits may reside.

The best way to keep your rabbits safe is to house their cages in a building that you can secure at nightfall and reopen at daybreak. The more complicated you make it for predators to get to your rabbits, the less likely they will be to try the defenses you have put in their way.

Rabbits have many predators to worry about in the wild, and eagles are among the most feared.

While rabbits are herbivores, groundhogs (a type of marmot, also known as woodchucks) are omnivores. They occasionally consume other small animals, such as baby birds… 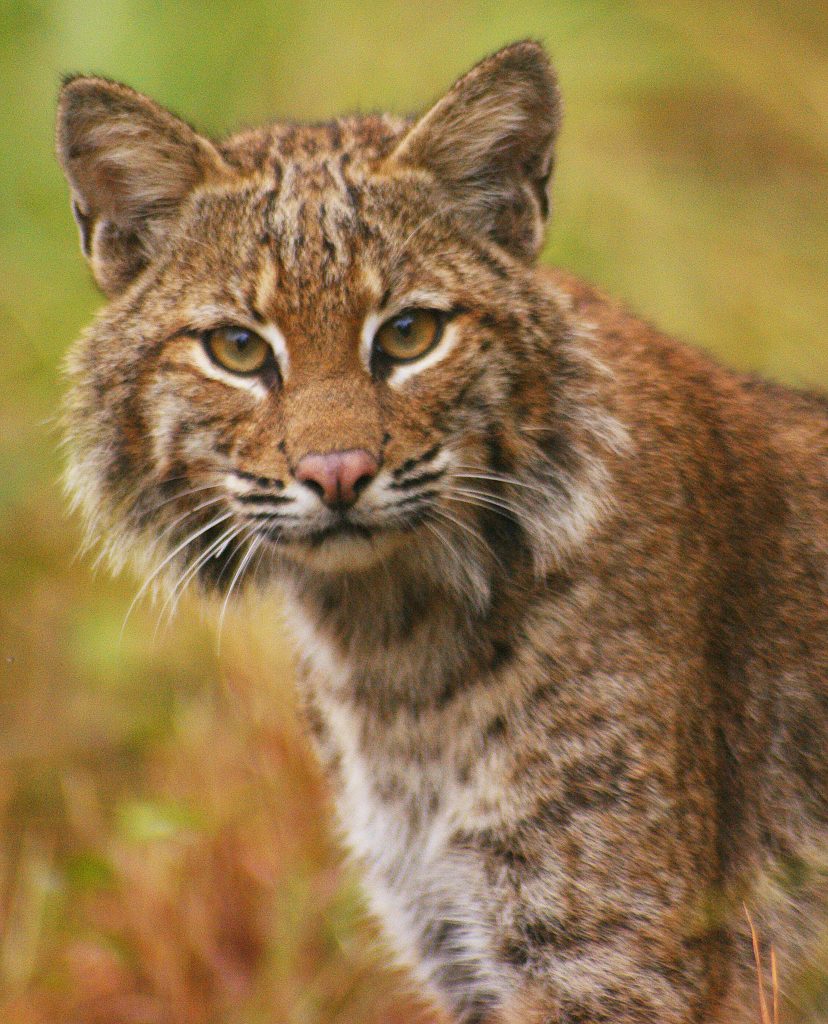 Bobcats regularly eat rabbits, so owners must keep their pet rabbits in areas inaccessible to bobcats.