Are Raisins Safe for Rabbits to Eat?

Perhaps you’ve heard that raisins are very toxic for cats and dogs. Do you wonder if the same is true for rabbits? Simply put, rabbits can eat raisins, but there are many considerations for feeding your rabbit the right number of raisins, and at the right frequency, to keep your rabbit safe and healthy.

Why Are Raisins Okay for Rabbits?

Raisins have no chemicals or ingredients that can affect or harm a rabbit’s physiology and you can feed them safely to your bunny. However, you might not want to feed them freely as, despite their value as a tasty treat, there are also some downsides.

The Good Points of Raisins for Rabbits

“Good” is not really the operative word because, as a food fed in large quantities, there are many unhealthy effects to consider. But raisins do have some value for rabbits. Some of those are as follows.

Raisins are loaded with fiber which gives a boost to a rabbit’s digestive system. Given in small quantities as a tasty snack, raisins can prevent a rabbit from having what can be catastrophic digestive problems caused by a diet lacking fiber.

Believe it or not, the average raisin has just 2 calories. Rabbits need a high-calorie diet, so a 2-calorie snack sounds like it is counterproductive. However, a small helping of raisins won’t affect the balance of the higher-calorie foods a rabbit needs to stay healthy.

Minerals are essential to keeping rabbits healthy and raisins offer a significant amount. These include the following:

Calcium is the main mineral contained in raisins. It offers support for a rabbit’s delicate bone structure as well as for its eye health.

Raisins are also high in magnesium, which supports a bunny’s cardiovascular system, including the heart, veins, and arteries.

Raisins also contain potassium, which is essential for maintaining healthy muscles. Without enough potassium, a rabbit’s muscles can become so weak that death ensues.

Why Are Raisins Not Okay for Rabbits?

It’s true that raisins provide valuable nutritional ingredients for rabbits, but there is the other side of the coin to consider.

Raisins are packed with sugar, which does not provide positive health benefits for anyone, including rabbits. Too much sugar can negatively impact a rabbit’s digestive system, causing pain, blockages, and even death. However, a very small serving of raisins should not hurt.

The Other Side of Fiber

Even though raisins provide fiber, their high sugar content suggests giving rabbits other sources of fiber and using raisins as the occasional treat. Healthy sources of fiber for rabbits include leafy vegetables, hay, and grass.

Raisins are small and it’s easy to grab a handful to feed to your rabbit. Then there’s the guilt issue where you feel like you haven’t given your rabbit enough treats, so you overload him with raisins. It’s important to err on the side of too few raisins to avoid digestive tract upset.

What Do Rabbits Think?

So, as we discuss all the pros and cons of raisins for rabbits, what do they think? The good news is that they probably really like the taste – who doesn’t like sugar? The bad news is that once they have a taste, they may want more and more and be less satisfied with other treats. However, there will be those rabbits who will eschew the taste of raisins and ignore them when offered.

How to Choose the Right Raisins for Your Bunny?

So, you’ve decided to see if your rabbit likes raisins and wonder how to pick the best brand? Here are some pointers.

Your best bet is to stick to organic brands of raisins or raisins that are sold in pet shops, labeled something like low-sugar or rabbit safe. Avoid brands designed for humans that contain added sugar.

You are probably familiar with package labels that show nutritional information based on serving size. Likewise, check raisin labels to see how much sugar, minerals, calories, and other ingredients are contained per serving. Avoid those products that have very high sugar content compared to valuable elements.

If you’ve ever purchased raisins before, you may have noticed that after a while, the raisins become tough and stick together. So, purchase smaller packages, perhaps even a package containing the small boxes designed to go in school lunchboxes.

NOTE: Be sure to avoid giving your rabbit yogurt or chocolate-covered raisins. Yogurt is a dairy product which can impact the rabbit’s gut, and chocolate is toxic in any form.

How Should You Prepare Raisins to Feed Your Rabbit?

Preparing raisins so they are safe and delectable for your rabbit is simple. The first thing is to wash the raisins lightly. Since raisins are dried grapes (see also ‘Can Rabbits Eat Grapes?‘), some grape varieties are treated with pesticides. Also, the raisins may contain dust or dirt that needs to be removed. Rinse the grapes you are going to feed to your rabbits in cold water.

Even though raisins are small, cut them up into small chunks, which should help with how much you feed to your rabbit.

You can use the raisins as a reward after the bunny has done something you want, such as retrieve them from somewhere in his habitat.

Feeding Raisins to Your Rabbit

Now that you have prepared a small serving for your rabbit, the next step is to offer it to him for the first time. This may be tricky because rabbits are notoriously picky eaters. Here are a few suggestions.

How Much is Too Much?

As discussed earlier, the number of raisins you should give your rabbit should be small and occasional. Vets generally recommend 1 teaspoon of fruit per 2 pounds of body weight per day. This recommendation is for fresh fruits which contain water. However, raisins are a dried form of fruit which weighs less but have a bigger punch when it comes to sugar. The recommendation for offering raisins is far less, specifically 2 whole raisins (cut up), at most, 2 times per week.

What About Baby Rabbits?

Just like with older rabbits, raisins are not toxic to kits. However, their gastrointestinal tracts are fragile, and the introduction of high sugar content in raisins can cause stomach upset and perhaps long-term negative effects. The recommendation is to avoid feeding young rabbits raisins.

Can rabbits eat raisins? The bottom line is that raisins are not a toxic food for rabbits. However, although they do provide some nutritional value, there are some caveats to that, specifically regarding their sugar content. If you do decide to incorporate raisins as a treat, do so sparingly.

Your bunny benefits from eating broccoli because it is jam-packed with valuable vitamins and nutrients, and rabbits love the taste as well. 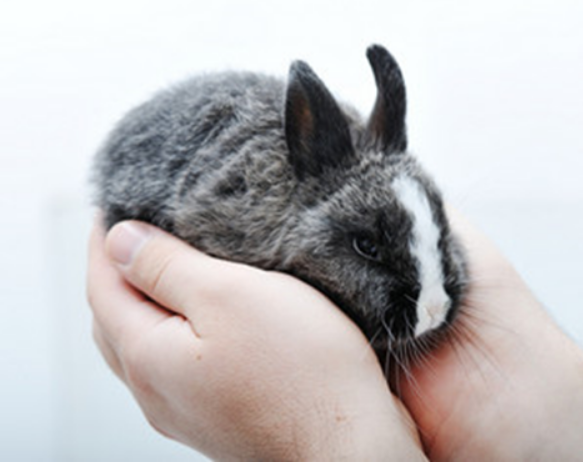 Oranges provide a great source of fiber and vitamins for all--and most all rabbits love the bright citrus flavor as well.